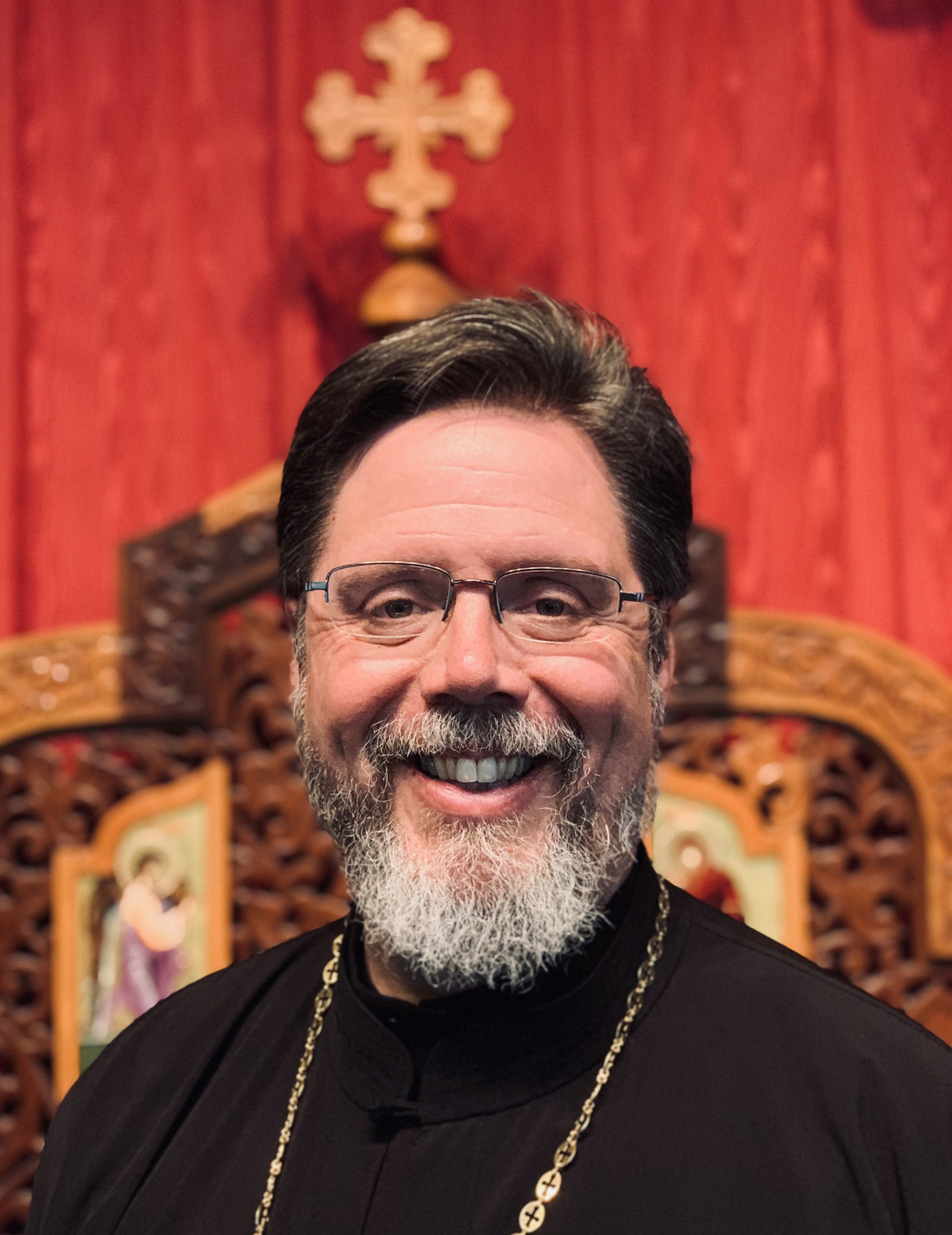 Born in CT and raised in Massachusetts, Father Michael grew up as a member of Holy Annunciation Orthodox Church in Maynard, MA, where he began serving in the altar at the age of 3, singing in the choir, and reading the epistle for the first time at 11. During his undergraduate studies at New York University in NYC, he attended the Orthodox Church in America’s Protection of the Holy Virgin Mary “Pro-Cathedral” on 2nd St and during his senior year there, was tonsured a Reader of the Church by His Eminence Archbishop Peter of New York.  He then attended St. Vladimir Seminary while also serving as intern for the Orthodox Church in America’s church-wide Department of Youth and Young Adult (YYA) Ministries, and also directing the choir at Holy Resurrection Orthodox Church in Wayne, NJ.

Upon graduating in 1994, he was appointed the Director of the YYA Department. He held this position for 11 years, traveling to parishes and dioceses throughout North America and occasionally overseas, conducting and developing materials for youth and young adult retreats, youth camps, training workshops, and various inter-Orthodox conferences. He held this position while also serving as the Director of the youth ministry efforts of the Fellowship Orthodox Christians in America. He is especially grateful for his work developing and expanding the youth and young adult programs at our OCA All-American Councils from 1995-2005, which at their height included over 500 youth, young adults as well as adult volunteers. He was also blessed to be part of the revitalization of the Orthodox Christian Fellowship (OCF) Inter-Orthodox college ministries movement and a member of their Board of Directors.

He is married to Vickie Teshin-Anderson a California native and daughter of St. Nicholas Orthodox Church in Saratoga, CA. They have 3 adult children Victor, Peter & Timothy.

A lover of just about all kinds of music, Fr. Michael is die-hard theater fan (Shakespeare to Pinter as well as musical theater). He also enjoys science fiction and fantasy books, movies and yes, even comic books. Having arrived at St. John of Damascus Church in June of 2020, Fr. Micheal is excited about pastoring the people of God in North San Diego County and witnessing to the Gospel of Jesus Christ in the fullness of the Orthodox Christian Church.